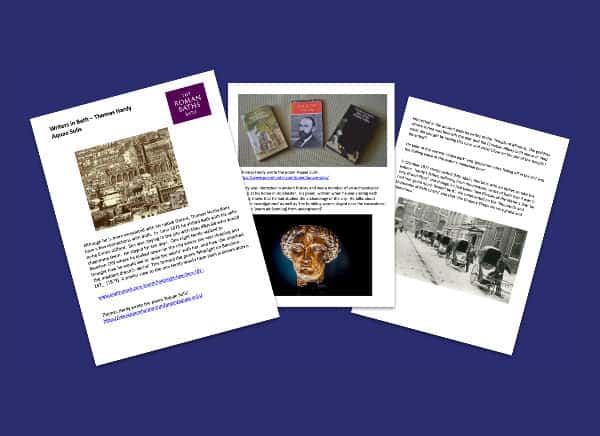 Download this free teaching resource from The Roman Baths to explore the life and work of Thomas Hardy.

Explore Thomas Hardy’s poem ‘Aquae Sulis’ and its link to the city of Bath.

Although he is more associated with his native Dorset, Thomas Hardy does
have a few connections with Bath. In June 1873 he visited Bath with his wife-to-be, Emma Gifford.

Use this education pack from The Roman Baths to explore his poem ‘Aquae Sulis’ and it’s historical context and links to Bath.

This resource was created by The Roman Baths. Images, text and content may be subject to copyright.

Get your weekly round-up of FREE resources, news, tips & guides!

About The Roman Baths.

The Roman Baths is one of the finest historic sites in Northern Europe. It is run by the Heritage Services section of Bath & North East Somerset Council.

The Roman Baths, at the heart of the City of Bath World Heritage Site, consists of the remarkably preserved remains of one of the greatest religious spas of the ancient world. The city’s unique thermal springs rise in the site and the Baths still flow with natural hot water.

Visitors can explore the Roman Baths, walk on the original Roman pavements and see the ruins of the Temple of Sulis Minerva. The museum collection, located next to the bathing complex, includes a gilt bronze head of the Goddess Sulis Minerva, and other Roman artefacts.

The Roman Baths attract over one million visitors a year – making it one of the most visited heritage attractions in the United Kingdom. 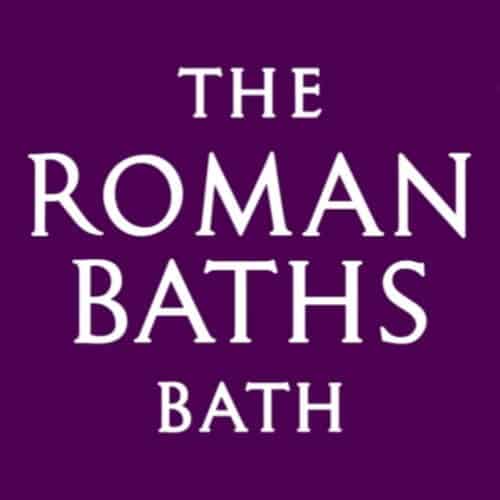 Get a quick, weekly round-up of everything you need to bring your next school trip into the classroom.

Sign-up to our newsletter and get access to all the information, news, free teaching resources, ideas and activities to help you bring your next school trip into the classroom.

It's free to join, and you'll have exclusive access to perks and offers you won't find anywhere else!

Sign up today and join thousands of other teachers who already have access to these exclusive perks!